Able Bail Bonds is proud to be a bail bonds company and assist those in need in all Nevada and across the nation. Bail Bonds have a long history extending back all the way to medieval Europe. Though the exact origin of bail bonds is uncertain, one possible theory attributes the beginnings of the system to the Anglo Saxon tribes of Old England.

In the United States, bail bond laws were based on the English law. However in 1789, Congress passed the Judiciary Act of 1789. This Act states that all non-capital crimes are bailable and that in capital cases the decision to detain a suspect, prior to trial, was to be left to the judge.

In 1966, Congress enacted the Bail Reform Act of 1966 which states that a non-capital defendant is to be released, pending trial, on his personal recognizance or on personal bond, unless the judicial officer determines that such incentives will not adequately assure his appearance at trial. In that case, the judge must select an alternative from a list of conditions, such as restrictions on travel. A defendant charged with a capital crime are to be released unless the judicial officer has reason to believe that no conditions will reasonably assure that the person will not flee or pose a danger.

Call Able Bail Bonds today at 775-329-9993 to so we can help you with your emergency bail bond needs, or browse our website for more information regarding bail bonds. If you have any other questions or comments, please contact us.

3 generations of Bail Bonds of Service 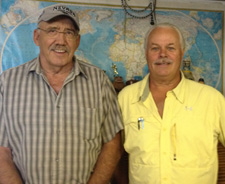 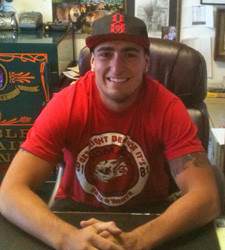